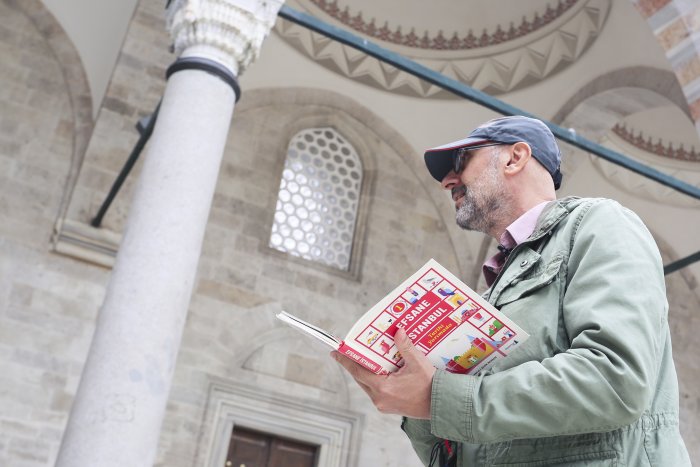 He is a person who writes books so that our children can understand Istanbul correctly, read in a way

that they understand their history and wonder and become a traveler of Istanbul.

We brought thousands of children together with Brother Omer to the cultural works of Istanbul. We

continue our journey from Canakkale to Mardin by telling the facts and tales.

Millions of people have looked at his work and his photographs.

Not all of them fit here, but briefly;

Omer Kokal published a 3-volume The Legendary Istanbul book which tell to the children the Istanbul,

graduated from Anadolu University, Faculty of Photography and Camerawork.

articles for many prominent magazines of our country. He continues to prepare files for various

In May 2006, he photographed the Romantic Road, the country's most important tourism area for the

German Tourism Center. In March 2006, at the invitation of the Tunisian Consulate, he photographed

various parts of Tunisia for 8 days. In February 2007, he was invited by Hong Kong Tourism

Department to Hong Kong to photograph the Chinese New Year celebrations, and in March of the same